The Activity Dashboard is the landing page of the Expert Console;  it informs Bolstra users and managers about Activities and Touchpoints.  It is where all work can be seen and managed.   You can also see the amount of time logged for that current day of work.

Below find a diagram of what parts are contained within the Activity Dashboard.

It is here that you can manage your work by moving one activity card from the to do lane to work in progress (WIP) to closed. (Or whatever custom lanes your administrator has set up)

You can manually add an activity card if need be, but the majority of the time you will have activity cards preloaded under your name in the to do lane. These activity cards correlate with your accounts and what needs to be done during that stage in their life cycle.

Once you drag a set of cards that are associated with an engagement model to the closed lane, more cards will be populated in your to do  lane with specific tasks to be completed.

You can filter all the activity cards to narrow down the work that only involves you, see How to Filter the Activity Dashboard for more information. 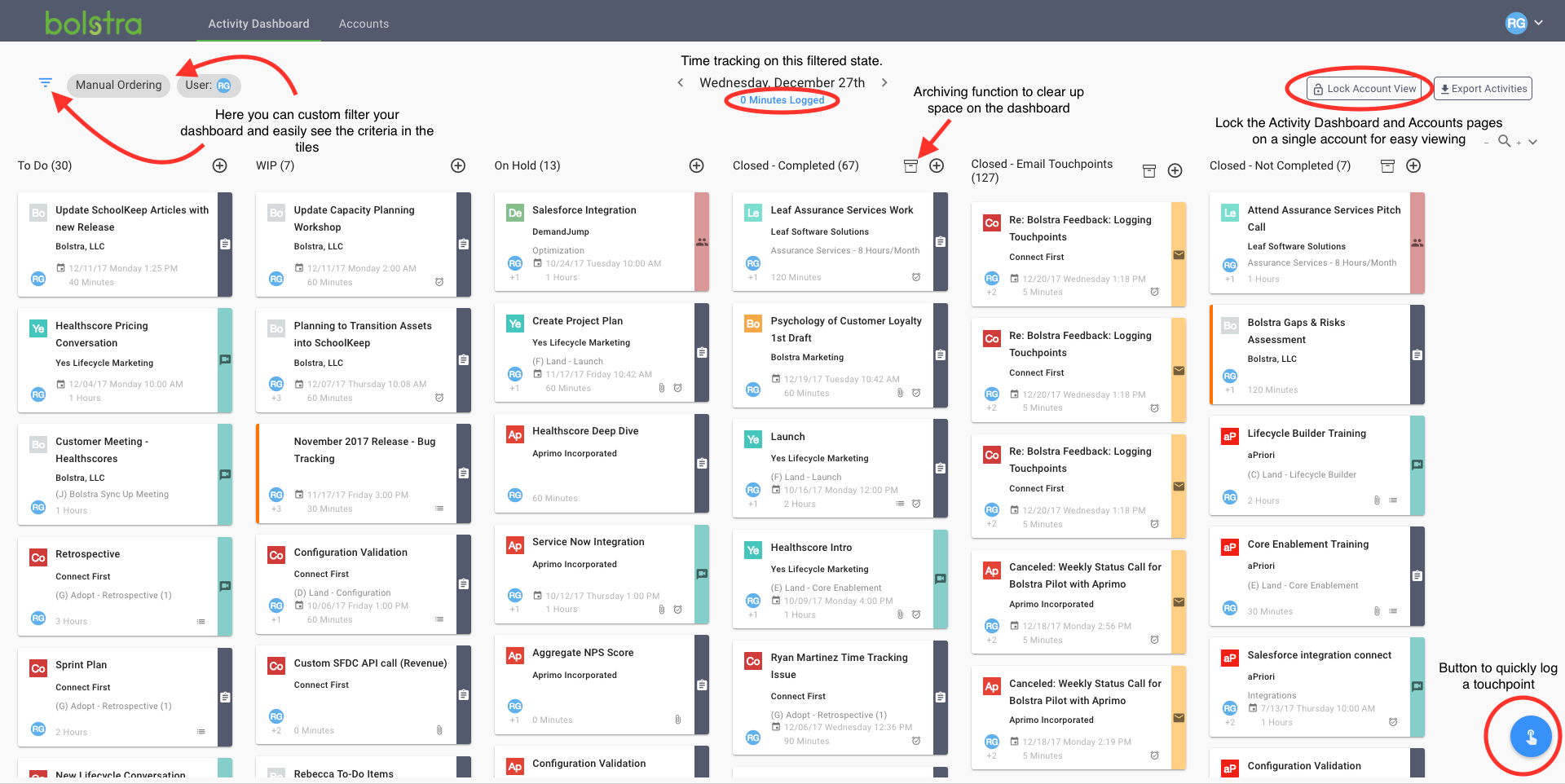