To manually log/create an Activity Card, click the following icon at the top of any swim lane on the Activity Dashboard

You can also quickly log a touchpoint using this icon 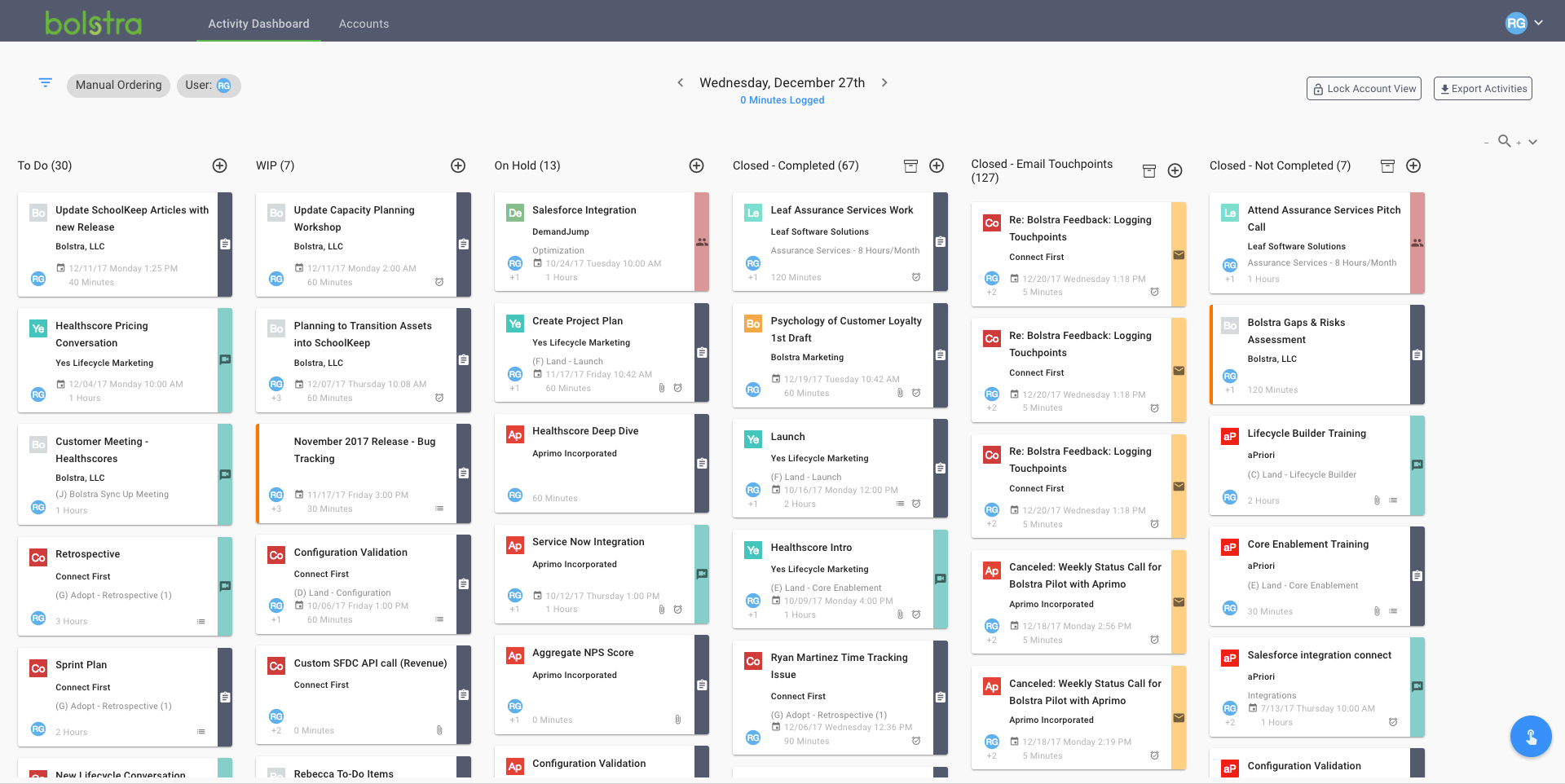 If you are locked onto an account the account will auto-populate in the activity card; otherwise, you can search for the account by typing in the account name. You are also required to choose an activity type and either associate the activity with an open engagement model or choose “none”.  If this is a task for the future you can fill out the “scheduled on” section which you can later filter by to clearly see all future scheduled activity cards.